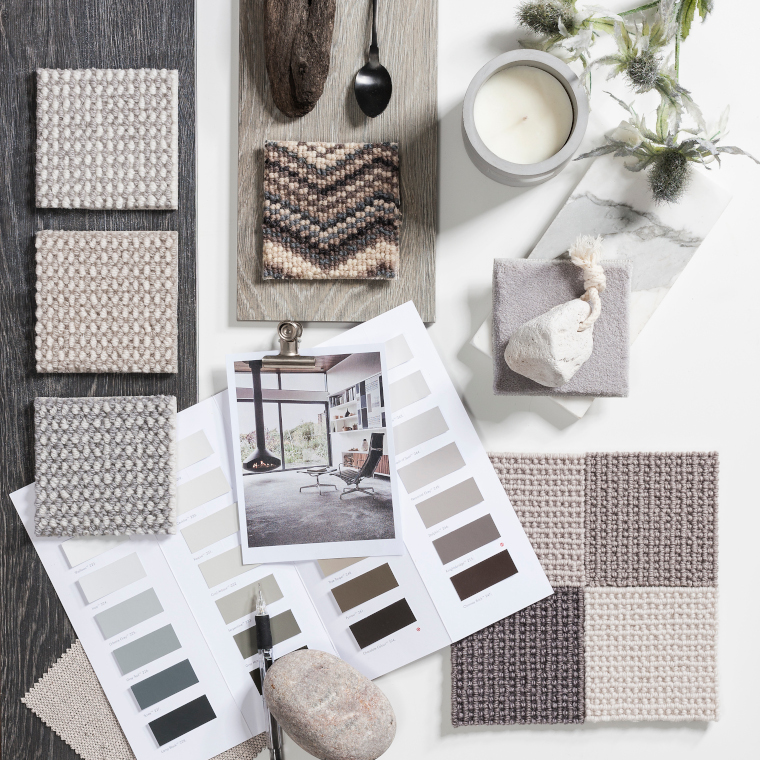 A new president for the BIID, London’s first sustainability showroom and the launch of an online sample library. These are the stories that caught my eye this week

The British Institute of Interior Design (BIID) has announced its new President for the 2021-2022 term. Lindsey Rendall officially took on the role at the BIID Annual General Meeting on 1 July, held via online video conference.

Lindsey joined forces with Helen Wright to set up Rendall & Wright in 2006. The Suffolk based interior design practice has attracted a wide clientele from across the UK completing both residential and commercial projects. In 2010 Lindsey was granted full membership of the BIID and in 2016 she joined the BIID Council. She says, “I’m thrilled to be the new president of the BIID and am looking forward to getting involved with many of the exciting new initiatives that the institute is championing, as well as continuing to raise the profile of the BIID and help encourage new members to join our community.”

The BIID also presented its two prestigious Institute awards, the CPD Award and the Merit Award, to recognise the achievements of individual BIID members who have made a valuable contribution to the institute.

The CPD Award honours the BIID member who gained the most structured hours in that year. This year the honour was awarded to Samuele Viola, who accrued 461 CPD hours between April 2020 and March 2021.

The Merit Award honours a member who has particularly excelled in three key criteria: excellence in interior design practice; a contribution to the development of the Institute and a commitment to the wider field of design education. Chosen by the awards committee, the 2021 award was given to BIID Registered Interior Designer Joanna Wood.

Interior designers and specifiers across the UK can now order samples from a range of leading suppliers in the same online marketplace.

Sample Library promises to give its professional users a quick, seamless way to explore different materials and order samples with ease.

The founder of the business, Chris Walters, says, “We decided to develop the online platform because we wanted to create a place where interior designers could come and find inspiration for their projects but also celebrate the best of the UK design industry.

“Designers are using the platform already and tell us it removes a lot of the pain that was previously involved in researching new products and, most importantly, saving them valuable time.”

More than 40 suppliers are registered to provide samples through the platform offering a variety of materials including flooring, wallcoverings, tiles, stone and fabrics.

EDGE a sustainability-focused design and construction showroom has opened in London . The first of its kind, EDGE (Eco Design Green Environment) will showcase sustainability-minded brands and will serve as an environmental hub where sustainability-conscious materials, suppliers and specifiers such as construction companies, architects and interior designers can connect.

George Papatheodorou, CEO of EDGE London, says, “We spend 80 per cent of our time indoors and at a time when the debate surrounding humankind’s impact on the earth, its climate and the people who inhabit it continues to intensify, it is more important than ever that we have a responsible attitude to material specification. To do so requires makers and manufacturers to take a considered approach to sustainability and at EDGE we make it our mission to find them. We do not believe that materials designed to reduce their negative social and environmental impact should ever hinder innovation – if anything, they should enhance it.”

The hub will host both large, established brands as well as small independents, offering variety in everything from walls and floors to sustainable furniture. EDGE will operate on an appointment-only basis.