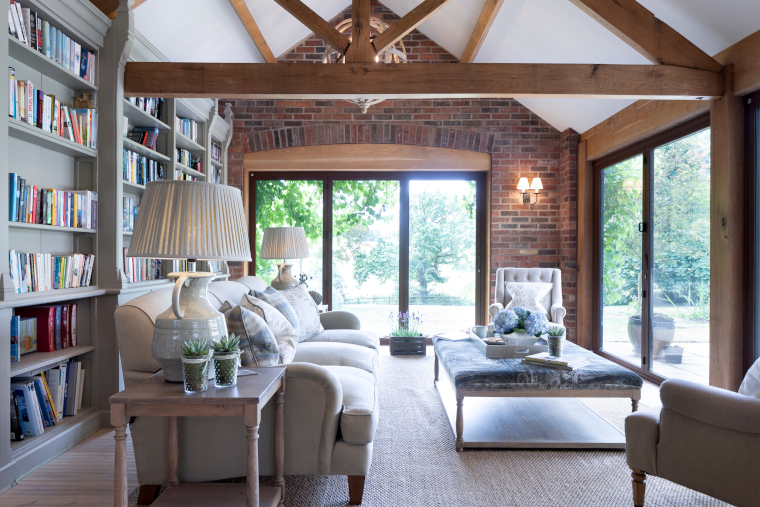 Decorex, Focus, Clerkenwell Design Week, Frieze we have a wonderful array of events aimed at interior designers, but what if you work outside the capital?

Certainly there are wonderful resources such as Design Centre, Chelsea Harbour and a wealth of inspirational showrooms, from The King’s Road to Shoreditch, to explore. But is it true that being based outside London puts you at a disadvantage?

“I think the only challenge facing interior designers outside London is resources. There is a wonderful new studio in Manchester, Material Source, which is an inspiration hub, but it doesn’t offer as much in terms of supplier choice as the Design Centre at Chelsea Harbour.  Thankfully we also have the trade show, Design Central every September which is a great way to meet new suppliers. The exhibitor list has expanded every year and has a real diversity of product on offer, not just fabric houses.”

Design Central takes place in Macclesfield, Cheshire annually. Manging director Cath Mccubbin says, “Design Central was conceived over breakfast in Chelsea Harbour in 2016. Having visited Design Week and been told by several suppliers that we were the only ones from the North to visit, one of the larger companies challenged us that if we set up an event then they would exhibit. Although an interior designer I did have a background in photo shoot location organisation. Both proved to be beneficial in organising the first Design Central. As a designer, I wanted the event to be curated, exciting and in a great location to show the exhibitors products in the right type of setting. No corporate venues for us!”

Cath found the stunning Capesthorne Hall as a venue and the show has grown year on year. She says, “I think there are many challenges for designers based outside London. One of the biggest is being taken seriously by the industry. Not every designer works on multi-million pound projects. There seems to be this chase for the holy grail of projects in London, bigger, better, more glamorous, but that is not real life.”

Despite the challenges Fiona Watkins says there are real advantages to being a local interior designer, “Local knowledge, local supply base. Some clients like to visit our suppliers themselves to see the progress of cabinetry or to try out upholstery.  Being local also means the designer can visit and be on site quickly if needed.  Also the pricing is often more competitive than being London based as we don’t have the same overheads.”

Cath agrees that there are advantages. “Local designers have the same resources as London designers, sometimes better. Local craftsmen, seamstresses, fitters, carpet and flooring companies. Most of these are made in the regions, not London. Many regions have differing design styles, what a designer may specify in Cumbria, may not be what you would specify in Cheshire. Local designers also have extensive knowledge of their area including its history. I find it hard to understand why anyone would employ a London designer if they had a fantastic designer locally.”

Despite the growing success of the Design Central show, Cath still faces a London bias. “I find it incredibly frustrating. The population of London is around 10 million people. There are another 56 million in the rest of the UK. Don’t they count in the world of design? Some suppliers are of the mindset that design is all in London, as that’s where these mega builds are. There are fantastic projects all over the UK with both large and small budgets. The new BIID awards have showcased regional design which is why we are delighted to be an inaugural sponsor for the awards.”

The new BIID Interior Design Awards have certainly raised awareness of regional interior designers, the Northern Design Awards have been banging that drum for a few years now, as director of events Shelley Mears explains, “The Northern Design Awards were created as a result of the north south divide. Those working in the industry wanted to be recognised and celebrated on a regional level and this just wasn’t something that was available to them. They were having to engage with London / southern audiences when their customer base was Northern. We wanted to change that.

“The design scene can feel frustratingly London-centric. However, we’ve channelled our frustration into going against the grain and really celebrating the northern roots of our awards. Every year we look for a landmark northern venue to host the Northern Design Awards and it’s been exciting to see them grow over the years and to watch so many of our winners go from strength to strength. We’re happy to be playing our part in redressing the balance and reminding design lovers that there’s life beyond London.”