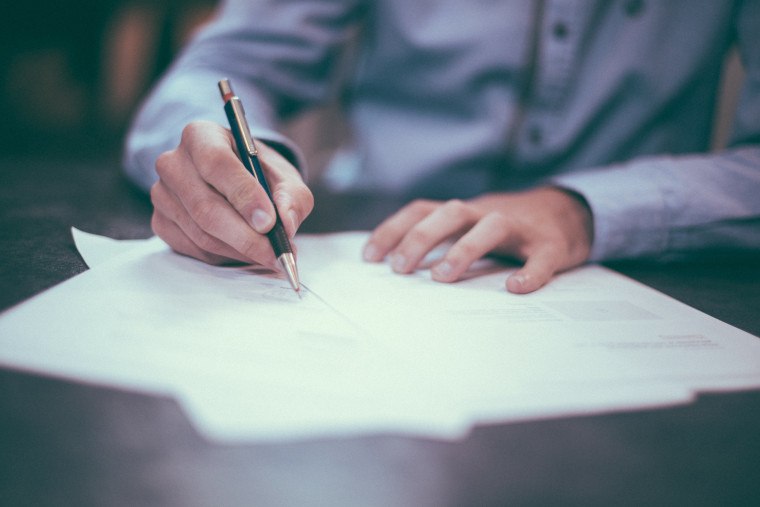 The British institute of Interior Design’s (BIID) professional services contracts for interior designers were produced in collaboration with the Royal institute of British Architects (RIBA).

The new digital contracts are available in two options for domestic and commercial projects and are designed to be jargon-free and easy to download, edit and manage. The contracts are designed to protect both the designer and the client and will ensure that both parties understand the obligations and terms of a project at the start of the design process.

I asked Lester Bennett, of the BIID, to explain the merits of a professional contract and why the BIID now offers two versions.

The BIID has recently launched two new professional Services contracts – why have you updated them now?

The new contracts replace the BIID’s previous client contract which was a catch-all designed to work for both domestic and commercial clients. With two new contracts now available, one for domestic and one for commercial, designers can be confident that the contract is specific to the type of client project they are working on.

Why is it important to have a different contract for domestic and commercial projects?

Because both types of project have different requirements, so each is tailored specifically for that sector:

For domestic projects, the RIBA Domestic Professional Services Contract 2020: Interior Design Services has been devised as an agreement between an interior designer and a consumer client relating to work to the client’s own home, including renovations and extensions and is suitable for commissions for simple domestic interior design projects of any value.

For commercial projects, the RIBA/BIID Concise Professional Services Contract 2020: Interior Design Services is devised as an agreement between an Interior Designer and a business client or a public authority (including charities, religious organisations and not-for-profit bodies) and is a ‘construction contract’ to which the Housing Grants, Construction and Regeneration Act 1996 (HGCRA, also known as the Construction Act) applies.

Why were the contracts created in collaboration with the RIBA

The RIBA is widely recognized as a benchmark for professional standards in the building and construction industry so it is the perfect organisation to partner with on this. We are particularly excited to be using RIBA Contracts Digital, an online platform where designers can easily and effectively manage their contracts online.

Do the majority of interior designers present formal contracts to their clients?

All professional interior designers should do – but not all interior designers do unfortunately. The BIID Code of Conduct requires all BIID members to have a written agreement with their clients. From a legal perspective a contract/written agreement provides clarity on what everybody is doing and the obligations and rights of each party. It is the starting point for any questioning or disagreements on those obligations.

Why do you think some interior designers do not present a professional services contract?

Perhaps they might consider a project too small to need a contract or perhaps because they are doing the project for a friend or acquaintance they already know, where they might assume the relationship will be straight forward. This is where problems can arise.

We advise all BIID members to always have a professional contract in place for all projects to avoid any uncertainty!

Why is it important to have a contract?

A contract is a written or spoken agreement that is enforceable by law. It is important to have a written agreement, agreed upfront to define both parties’ obligations and to ensure both parties are protected, which will help avoid any costly mistakes. Importantly, aside from the legal issue, the BIID contracts also provide clarity as to what is practically being delivered by the designer for the fee stated, avoiding any misunderstanding.

What problems can interior design professionals face if they do not have a contract?

There are many issues that could arise if a designer does not have a contract in place. These can range from misunderstandings over what the interior designer’s scope of work includes for example, or what costs the client is agreeing to. That is why a contract should include items such as a schedule of the services the designer will provide, a breakdown of the fee and the programme for delivery.

Why is it important for interior designers to be seen to be following best practice ways of working?

Whether you are a sole practitioner working on a small domestic project or a large practice working on a major development, the need for a contract is the same. In some instances, it is even more important on a smaller project. Most residential clients are not design and construction experts. For many it will be their first big project, making it even more important to have terms clearly started at the start.

As experts it’s important for interior designers to prepare clients for the journey that will follow; a contract can be an excellent guide for the process.

I was commissioned for a project in Geneva to design and furnish a commercial office space, including office, bathroom, kitchen space and reception area.

The client asked us for a proposal to redesign the whole space. We agreed a flat fee for the project which was to be completed in a relatively short time frame.

As the project progressed, it was clear that my fee had been underestimated in terms of the works and time allocated.  The scope of the work agreed had not been detailed because: The number of meetings with the client were totally underestimated; The calls and time spent in written correspondence were not included in the offer; My presence on the construction site was also underestimated; The client kept asking for additional services over several months; There was no clear guidelines at the outset on areas of responsibility for all other stakeholders / contractors involved in the project which led to communication issues

It was an incredibly stressful situation and, at the time, I did not know that I could have negotiated additional hours on top of the fee that had already been agreed. If a clear contract had been in place which outlined a much more transparent and detailed scope of work at the outset, I could have used that to demonstrate that the additional hours were beyond the agreed scope of work and budget.

This project was a challenge but it allowed me to improve how I quote for my services and I always now include a clear scope of work in my proposals with clear timings, responsibilities and budgets.

When I started my interior design business almost six years ago, one of my first projects was to design a small restaurant. I put a contract in place which was signed by the client and the project started smoothly. At the same time, the client was waiting for permit approvals (needed to run the restaurant). I started designing the concept, which the client liked very much. Unfortunately, one of the permits was not approved and the client notified me that we would have to terminate the project. I then sent a polite email, to which I had added my design fees up to that point. To my surprise, she refused to pay those fees stating that they corresponded to a project that she would never see realized! After sending her three more polite emails trying to explain the situation (to which she never replied), I lastly referred to our original contract and to the relevant clause stating that she sadly left me with no other option but to resolve the situation in court. She then immediately answered my email and of course, paid my fees!

A recent project has fallen through as I, along with the builders had given up on the clients ever-growing demands and decided that it was impossible for us to keep to the agreed plan and meet the customer’s unrealistic requests in order to move forward with the project timeline.

Upon realizing that our plan and in turn payment schedule had to change according to material and logistical constraints discovered while on the job, I quickly revised the plan and asked that the client accept this and pay at intervals of completed works in order to help the staff and I move forward. Not only did the client refuse to pay, but then communication with the client became very challenging.

Since I had taken this project on from another contractor who had left the client midway through for a bigger job and had gone through the project plans a number of times, I had accepted an email exchange to go ahead and in error, overlooked the contract stage in order to get started asap.

In running this project, I incurred £2000+ expenses currently outstanding plus £20,000 worth of work delivered and only £10,000 received from the client and the matter is not resolved.

Find out more about the BIID contracts here

Digital versions of the contracts can be purchased from the RIBA.