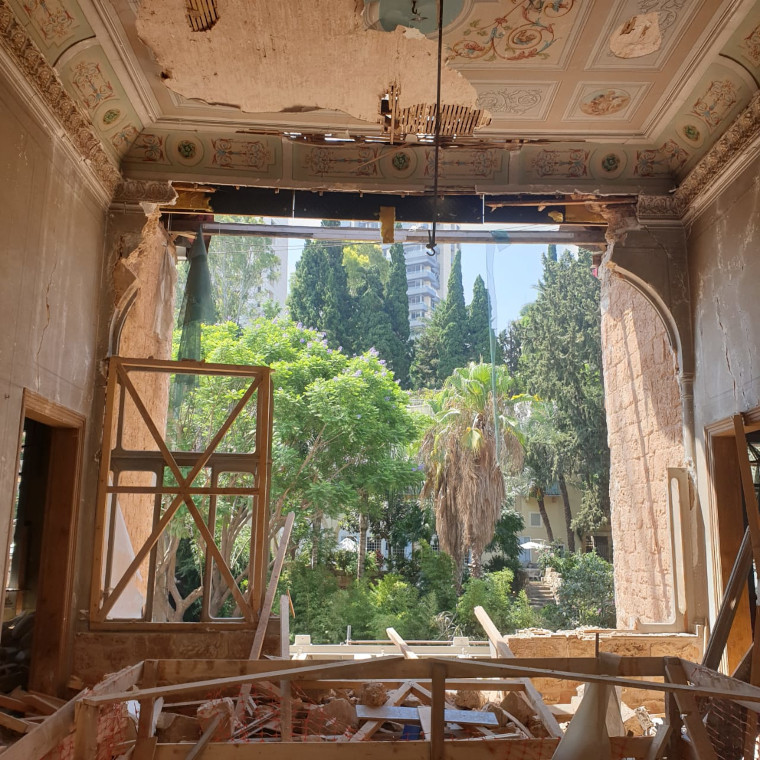 There is always something new to discover at the V&A and I found this installation particularly moving in its exploration of the importance of architecture to our sense of place.

On 4 August 2020 a badly stored cache of ammonium nitrate chemicals exploded in the ancient port city of Beirut. Over 200 people were killed, a further 7,000 were injured and a staggering 300,000 were left homeless. This was one of the largest non-nuclear explosions in history.

One of the tragedies of the explosion was the destruction of the few Ottoman-Venetian houses still remaining in the city. Many had already been damaged by the country’s civil war and the 2020 blast further jeopardised their future.

The installation’s focal point is a life-sized reconstruction of the façade of Bayt K, a traditional
Lebanese home in the historic quarter of Gemmayzeh, which has been erected in the V&A by Beiruti craftsmen. Kassar uses Bayt K’s reconstruction as a catalyst to examine how Beirut’s architectural past can inspire the restoration and rebuilding of its latest iteration.

Alongside the installation, documentary films explore the emotional impact of the explosion by interviewing survivors of the blast. I found the plight of these people and their homes incredibly moving as it highlighted just how vulnerable we all are – their way of life disappeared literally in the blink of an eye.

Kassar says, “Following the devastating 2020 explosion, Beirut’s architectural heritage – Phoenician, Classical, Byzantine, Ottoman and Venetian – is in grave peril. We are honoured to be invited by the V&A to draw attention to the potential loss to our collective cultural and design heritage should Beirut’s glorious architecture be allowed to deteriorate any further. We believe that by saving a building, you can save a city.”

The Lebanese House: saving a home; saving a city runs at The V&A until 21 August. This is not a big exhibition, but it gives you a reason to pop into the V&A which is always worth a visit.